Don't be a tool, repair it.

We'll see. The app is handy. Hopefully the actual CPU usage that the app takes doesn't ruin my results

So this is working well. Hitting the battery pretty hard but I expected that. Looking like more around 2 hours. The performance in Edge is still totally usable for general browsing. Also, the 802.11G card is totally usable. Really don't need the new one for faster wifi, just the standby issue. I could have just lived with it but I just like to tinker with everything you see...

Takes about 4 seconds to wake up from sleep. About 2.5 seconds to go to sleep after closing the screen.
Top

Half height mini-PCIe cards are quite small. Hopefully I won't need to tape over any pins. They are tiny.

Installation was actually pretty easy. Spoilers: Posting this from the Vaio...

1 screw and 2 spring tabs gets the keyboard out. Disconnect ribbon cable, set keyboard aside.

Only thing left is to remove the wrist pad which contains the touch pad and biometric scanner. 3 screws that are revealed under the keyboard, and 3 screws on the back. Disconnect ribbon cable and slide the wrist pad off. The wireless card is revealed.

Pop off the 2 tiny antenna plugs. Pull back two spring tabs and the card pops out.

Mate the half height adapter to the new card with 2 included screws. Now it's a full height mini-PCIe card like the original. Simply snap that into place. Snap the two antenna connectors on the card.

Assembly is the reverse of removal. 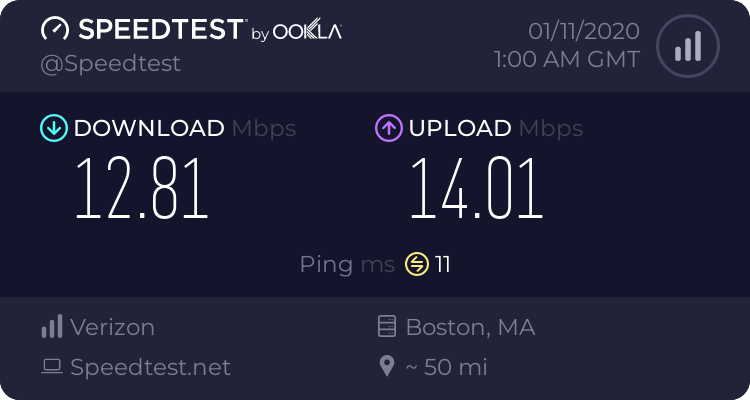 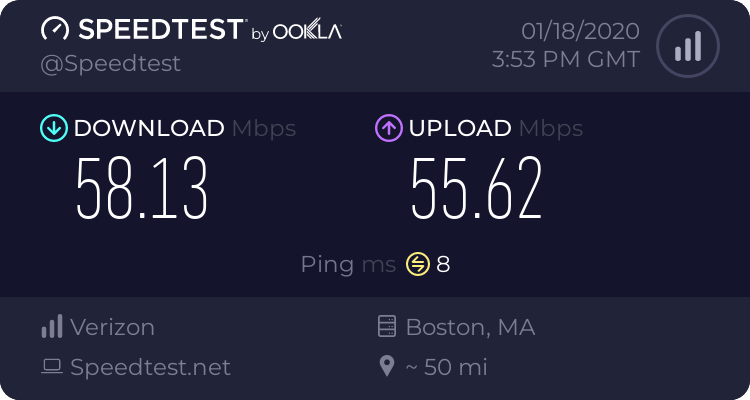 Obviously that took it right up to the limits of my 50/50 internet speeds.

I didn't even install a driver. It just worked. Didn't even need to mask out any pins!

I am not sure the Bluetooth works yet so I may fiddle with that even though I really don't use BT on this laptop.

OK it gets better. I opened the incredibly old Sony utility for controlling BT and the Cingular Edge card and it opened as usual. I then just clicked on BT and the OS simply saw BT, made the new device noise and it just enabled with no issues. Still never installed a driver. Obviously the system had them. This is awesome. So I disabled the BT again but that's what I wanted - to make sure it had the driver. Just didn't want an uninitialized device sapping system power because it can't be soft powered off.

Fully happy device manager. Amazing for such an old Sony laptop, no? Even the fingerprint scanner works to log into Windows.

The hardware design is impressive. The screen hinges still feel perfectly tight for example. Older Dells? Not a chance.

It is looking like the battery life of my new battery is like 90 minutes. I mean I knew it was going to be bad and obviously I'm willing to compromise by even choosing to still use this old thing. It is what it is.
Top

Still working pretty well. This machine is still usable but more RAM sure would be nice.

Oddly, the POST now takes an extra like 4 seconds to show the VAIO logo after power on from off/hibernate. And going to sleep also takes a few additional seconds. It was pretty fast before. But these are perfectly reasonable trades considering the WiFi speeds, modern BT (that I won't use), and having fixed the no WiFi after wake from sleep issue. Nice.
Top

I grabbed the chassis a certain way to put some flex on it and the screen goes all rainbow colors and it locks up. Also if I put it down too hard it does it. So I took it all apart and reseated all the things I could find (not the RAM and not the CPU but lots of the ribbon and other connectors). That may actually have fixed it though I've been more careful.

Then the virus hit and Ian suddenly needed Chromebook-like connectivity for school. We've been using more devices than ever with Jamie on the iPad for her school doing video chat stuff and her phone for other stuff. I am using the monitor upstairs though I am not using the desktop so if I had a good place to work elsewhere, that would free up a computer for something.

But I got Ian's profile setup with a pin, and everything connects to his school stuff with Chrome. I tried the webcam and shockingly the webcam and microphone actually work! He hasn't needed it yet though. But yeah it seemed to do the job. Things with heavy graphics run a little slow but that's not most of the tasking. Much of the time he's got 5+ tabs open and it does the job. I can hear the fan going but who cares.

But then it started saying OS not found and stuff, like after POST. This happened a few times. So I took it apart again and reseated the hard drive connections. It's been perfect all afternoon including now. Coincidence? Dunno but it seems like things have required reseating. I mean it's 14 years old, and a chunk of drywall ceiling fell on it in the fall when my roof was being done. It's been dropped. I'd say it's doing well considering.
Top

I don't think it is an SSD issue. Quite sure it's something on the laptop side. Either motherboard (HDD controller) or the connection that I reseated. Been fine since but this thing gets used daily, all day now. Amazing.

I don't want to jinx it but it worked flawlessly all day.
Top

Still zero issues. Not that a properly functioning computer SHOULD have problems...but maybe that even I'm a little surprised that I fixed what seemed like a fatal issue so easily.
Top
Post Reply
21 posts